A New York Perspective on (Car)Sharing and some history, as well 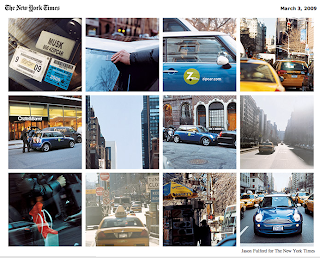 Sunday's New York Times has a very nice article about carsharing, including a little history of yours truly, as well as Zipcar founder Robin Chase. I think the author Mark Levine has done a nice job telling the story, but then I'm biased since I'm quoted.

Something else the article talks about is the differing views of for-profit and nonprofit carsharing companies. Rick Hutchison of City Carshare is certainly right in saying that carsharing (in it's present form at least) is a low margin business. All companies have been struggling valiantly to increase profit margins since the day they started - for-profits to deliver returns to their investors and nonprofits to avoid rate increases (or maybe even lower rates if they got really big). The entry of car rental companies onto the field suggests they've also run the numbers and think it's not as low a margin business as it appears. My view is that there's room in most, if not all cities, for both for-profit and nonprofit carsharing. After all, less than 1-2% of people living in most neighborhoods served by carsharing are members, so it's not as if there isn't huge potential. In the short run, either one or the other company might give up or they differentiate themselves sufficiently to attract different customers.

I particularly liked this anecdote from Zipcar founder Robin Chase quoted from the article) because it gets to the heart of the dilemma about carsharing:

She and [business partner Antje] Danielson came up with a list of five potential names for the company, and Chase walked around Boston asking people on the street for their reactions. “Antje really wanted to do ‘Wheelshare,’ ” she says, “but that seemed too close to ‘Wheelchair.’ Then we tried ‘U.S. Carshare.’ That was how I learned that 40 percent of the people I talked to had an extremely negative reaction to the word ‘sharing.’ The word makes people nervous. They feel they’re being scolded or told to wait their turn. At that point I banned my staff from using the phrase ‘car sharing.’ Do we call hotels ‘bed sharing’? That’s way too intimate. Do we call bowling ‘shoe sharing’? Who would want to bowl?” Chase landed on the name Zipcar, accompanied by the slogan “Wheels When You Want Them.” 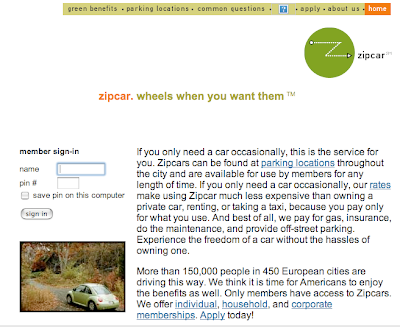 Since we're talking about history, here are some more screen shots from early Zip and Flex web sites (courtesy of WaybackMachine.org). As with Zipcar, Flexcar under founding CEO Neil Peterson, CEO of Flexcar, would avoided the "S" word. 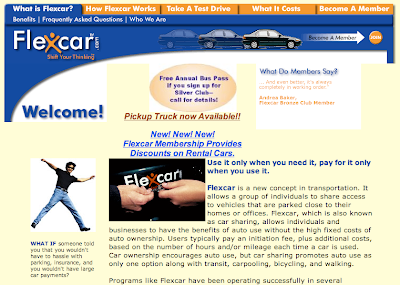 Flexcar's first site hit cyberspace on May 10, 2000 and Zipcar's a few weeks later on June 21. Flexcar stuck with their "Shift Your Thinking" slogan until Revolution LLC came on the scene in 2006 and they decided that "sharing" wasn't a problem and declared themselves to be "the car-sharing company" as well as "the nation's first and best carsharing company". 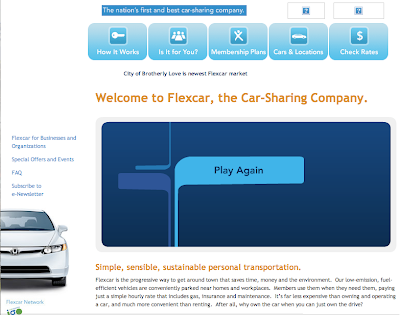 Both Flex and Zip web sites underwent major upgrades in 2002, with Flexcar losing the orange in the X (apparently in a dispute with Cingular cell phone company which had a remarkably similar image at the time. 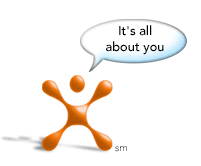 That same year Zip tried out another car logo...

...until they came up with their current Z version. 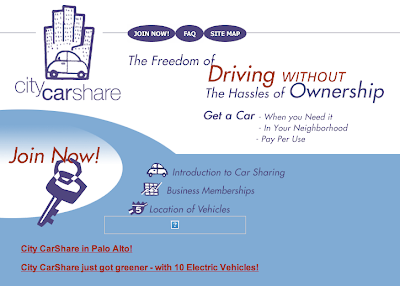 Sorry, no iconic green VW Beetle on their home page at the time. (Comically, Zipcar actually threatened City Carshare with legal action claiming that Zipcar had trademarked the green Beetle, even though CityCarshare started using them first.)

And to complete our little historical romp, although the original CarSharing Portland website isn't available, here's what the original brochure looked like (circa 1998): 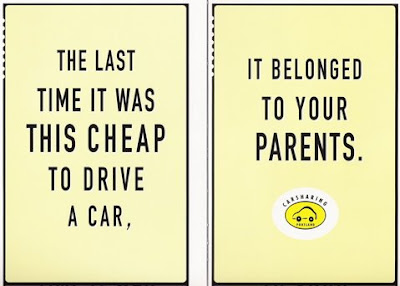