Making A Mint in Boston 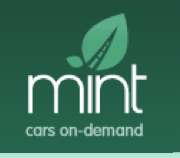 Boston-Cambridge is getting pretty crowded with carsharing companies.  With the arrival of Mint Cars on Demand, there are now 6 carsharing companies in the area.  This may be a record number for any single city - beating Berlin or Shanghai's totals.

Mint opens its Bean-town operation with 10 locations, each starting with 2 vehicles in the "classic" and "economy" rate classes.  They are in the prime North End and Cambridge area and all are off-street locations.  The signature Smart cars from Manhattan operation do not appear to have made it to the Boston fleet.  Mint reportedly has about 100 vehicles in New York City.

Mint shook up the New Yoirk carsharing market a while back with an audacious marketing campaign of $2 per hour weekday rates to attract new members.  Currently they feature 3 classes of vehicles ranging from $4.00 to $11.70 per hour and daily rates of $55 to $119 depending on vehicle, plan and day of the week.  All rates include 180 miles. 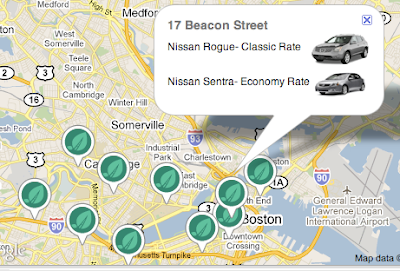 One of the ways Mint keeps rates low is that they do not automatically include full insurance coverage, but only state minimum coverage (similar to Connect By Hertz).  Mint offers additional Collision Damage Waiver coverage, either on a per trip or annual basis, for people who are not already included on a personal auto insurance policy.

Mint was founded in Oct. 2008 by Richard Ull, owner and operator of a number of NYC parking facilities.  In 2009 he was quoted in Auto Rental News as saying "“If I wasn’t in a car parking business, I wouldn’t own a car sharing business right now.”

I have to admit, I never would have guessed Mint to be the next contender at the Boston carsharing joust!  But it's is a logical choice because parking is difficult, public transportation is good and the customer demographics are favorable for carsharing.  And besides, Zipcar has been developing a pool of potential customers for over 10 years so that Mint and other carshares can draw from. It seems likely that many customers may be members of several carsharing companies in order to have goood access to the closest vehicles to their home or work.

Best of luck to all contenders.
Posted by Dave at 4:08 PM