What can your city do to bring carsharing? 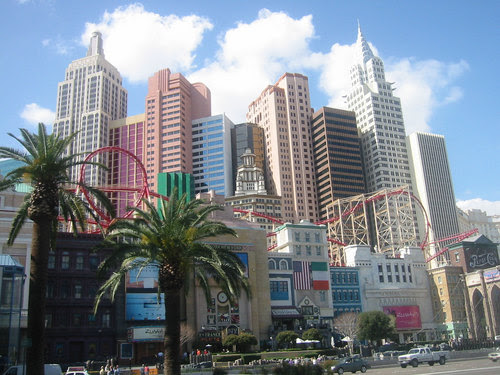 Over the years I’ve talked to many people in local government, transportation advocates and just plain folks who’d like to bring carsharing to their city. You probably can’t do it single-handedly, unless you’re ready to start your own carshare. (And if you are thinking about starting your own carsharing service, I want to talk to you today!)

It would be easy if you could just get Zipcar or Flexcar to set up shop in your city. Right now, they each have their own private shortlist of cities they think are most promising for the next 2-3 years. They’re probably concentrating on cities within the top 25 population in the US. And they're probably also looking at factors such as the following:
• Downtowns that are revitalizing with apartment and condo construction,
• Good mass transit or at least higher than average use of alternate commute modes (walking, cycling, carpooling and public transit),
• Walkable neighborhoods (that means sidewalks!) with local business districts
• And, of course, parking congestion is a good sign for carsharing, too.

The “big guys” of carsharing are naturally going to prioritize their investment and will go where they feel they'll get the warmest welcome. They’re probably looking for places where the city and transit agency want to develop a strong public-private partnership, through programs to jointly market services, to provide free or discounted parking (on-street parking is probably most attractive because of the extra exposure to pedestrians). Such a partnership doesn’t necessarily mean spending any money, but it does mean a commitment from the top levels of government.

Another factor that makes a city attractive is the possibility of offsetting at least part of the city-owned fleet with carsharing vehicles. This gives the carsharing company much-needed revenue while the neighborhood membership and vehicle use grows. Businesses, the larger and more close to downtown the better, willing to shift their fleet expenses to shared vehicles also make it more attractive for carsharing.

What about cities not in the top 25?

Flexcar and Zipcar may eventually consider these cities, as well, but right now they have bigger fish to fry. They're interested in cities that offer the biggest long-term possibilities for expansion - an eventual fleet of 500 is a lot more attractive than one that they think might top out at 100. And I suspect, where you're located in relation to their nearest existing operation also plays a factor, as well.

Howver, Zipcar and Flexcar may still can be willing to set up shop in your town if you’re willing to negotiate a per-vehicle subsidy for a period of time (as well as many of the other things listed above that you can bring to the table). Look at Zipcar's operation in Chapel Hill, North Carolina. College and university towns may be particularly attractive in this regard, since there's likely to be a big base of prospecttive customers that would likely be receptive to the idea of carsharing.

Cultivating a local entrepreneur is another way to bring carsharing. Of course, the hometown company will benefit from the same incentives (described above) that the national companies would. One thing to pay particular attention to with local start up is that they have the ability, or at least a viable business plan, to be able to expand to provide the size service you’d like to see. A non-profit that peaks at 10 or even 40 cars probably isn’t going to make much of a dent in the problems you’d like to address.

In a future post I'll discuss some steps a local government can take to get carsharing started.
Posted by Dave at 2:24 PM